I've done it, it works. Pentaxes do have excellent noise control though.

However, even with my old Olympus C-750 UZ, which was much noisier.. Zoom back a bit, maybe 15% further back than you'd like to be. Shoot anyhow, then crop a bit. Just a bit. It's better than getting that perfect shot except you cut the guy's head off because you were zoomed in too tight.

ISHUTTER said:
Thanks for the tips JeremyZ.So is manually focusing the preferred way?
Click to expand...

Manual focusing takes out all the variables except you and your subject.

I have always used auto focus assuming than in AI Servo mode the camera will contiously keep focusing on a moving subject while I keep the shutter button 1/2 pressed.I can see where manually focusing and pre-focusing would take any auto focus malfunction out of the equation and I will give that a try.
Click to expand...

The key is to keep the camera from guessing which sensor to use. Set it manually.

The thing about manual focus is that you know what to expect, which counts for a lot.

The ai servo mode in Canons is what everyone else calls continuous autofocus. There are several things going on at one time.

1) The camera is trying to decide which sensor to focus on. (unless you've already programmed it to only use a certain sensor) So first, you have to take it off of the auto sensor mode. This is more for still pictures of typical scenes. Portraits, landscapes, that kind of thing.

2) After you manually tell the camera which sensor to use---> As the sensor passes by the sensor and back, the sensor alternately sees the subject, then the background, then the subject, etc. If you can keep the active focusing sensor on the subject the whole time, it will work pretty well. But that's hard to do when you're trying to stay zoomed in on a fast-moving subject that changes direction often. When I use this mode, I set the camera to continuous autofocus, using only the center focus senstor, but single frame drive. So as I hold the shutter release button down part-way, the camera continues to focus on that center sensor. If I do my part and keep the sensor on the subject, it does a fine job. If not, it wanders from the background to the subject and back. When the composition or action is how I like it, I press the shutter release down the rest of the way, then let back up to halfway until I'm ready to do another one.

3) Assuming you're not having luck with that, try manual focus. This way, it doesn't search AT ALL. You frame it however you want. When the subject arrives at the pre-focused area, press the shutter release. It really works. I learned this technique when I first started shooting superbikes with a manual focus, manual SLR back in the 90s. (Nikon FM2n and an 80-200 f/4-5.6) Photographers did manage to get good action shots before autofocus came around, so if autofocus is failing you, try going back to our roots.

I hope that all makes sense. Even if it does, it still takes some practice.
OP

That was a very good explanation.....THANKS!

Have you considered asking the motocrossers to quit riding to fast? Perhaps if they slowed to 10-20 mph you'd get some more focused pics.

No disrespect intended to anyone... but the people that shoot in manual focus for MX... do you shoot a lot of MX and could you post up a couple shots out shooting MX? I am curious as I have been shooting MX for a little while (about 8 years now) and have never seen anyone shooting in manual focus... including the other working pros on site...

AUZambo said:
Have you considered asking the motocrossers to quit riding to fast? Perhaps if they slowed to 10-20 mph you'd get some more focused pics.
Click to expand...

Another consideration is that your body does not focus fast enough.

Orgnoi1 said:
No disrespect intended to anyone... but the people that shoot in manual focus for MX... do you shoot a lot of MX and could you post up a couple shots out shooting MX? I am curious as I have been shooting MX for a little while (about 8 years now) and have never seen anyone shooting in manual focus... including the other working pros on site...

I do some of each for car racing. The problem I have with the AI is that it's just not fast enough to keep up with the cars. Yes, autofocus works and I get some good shots. I also get some total crap.

Might be me, but I have the camera set for the center point, spot metering. I like the idea that if I'm shooting at a car, that's what the camera uses, not the background or some fence post. For the exposure part, sky, track, trees, whatever are all flashing past as I follow the car. I don't think the camera can keep up with it.


You might ask a few of the guys at the photo meeting in the morning and see what they say. Many I know use "M" for exposure and laugh at me for using TV or AV settings. "little running man" is absolutely out, according to them, but I still use it sometimes in a pinch. That's also known as lazy.

I think you will find that although AI is good, it's not fast enough some of the time. Yes if they have a 1D or 5D then it makes a difference, because those bodies are faster with the autofocus. I'm shooting a 10D and it's not fast enough to just point and shoot and have it keep up with a 180-200 mph race car.

Even though no one asked, yes I also leave the IS on mode 2 all the time.

ISHUTTER said:
That was a very good explanation.....THANKS!
Click to expand...

Before I lose track of this thread.

Here's a link I found today while looking around for tips on taking racing pictures. I like to see what other people are doing. 90% of the time I say, why didn't I think of that? :thumbup:

If you shoot wide open, you are going to have better shutter speeds, but pay the price with shallow depth of field.

If you give up a little of that light speed, you will have a deeper margin of error for the focus.

Always the same problem. You can't get both all the time.

Higher ISO you can have more choices, but then you might have a little bit more noise.

Here's some more, not absolute. It's up to you. I try to get the Sun over my shoulder if possible. Not always, but it's a nice start. Better lighting. When you shoot in the morning or afternoon, the Sun will be at a lower angle. This will means less harsh shadows.

As usual, for what you get, you have some other issues. Color shift early and late in the day.

Just the opposite can be nice too for backlighting the shot.

Back to that AI or not. Do some of each. Fast panning, you will get more shots if you pick a spot and pre-focus. If you are at the exit of a corner, the cars/bikes aren't moving as fast, the AF will have a better chance to find the subject.

Coming straight at you, AF often can't pick up on the object, so manual is usually better.

Higher contrast composition, the AF will focus better and faster. Cloudy or less contrast in the foreground and background, and the AF will have problems.

What I'm getting at is there isn't any set rule. AF works, so does manual focusing.

At least with Tv you know the camera isn't going to drop down to 1/30th and try to do the impossible. You might lose a shot because the lens can't open wide enough or because there isn't enough depth of field. But you won't get a huge blob, against a huge blur.

I can't believe I left this out. Never turn your back on the track! If you are changing a lens, duck behind a barrier. Always be extra aware of what's going on. If you are going for low angle, you might be able to get away with one knee... never even try two knees or anything lower. At 90 miles an hour, the car/bike is traveling 132 feet per second.
You must log in or register to reply here.

Tips For a beginner? 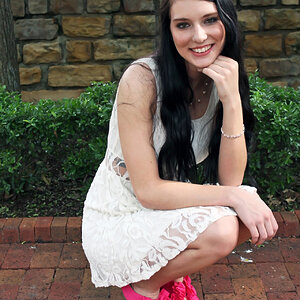 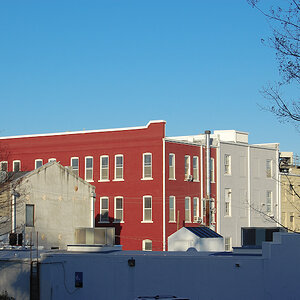 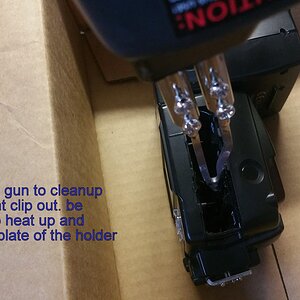 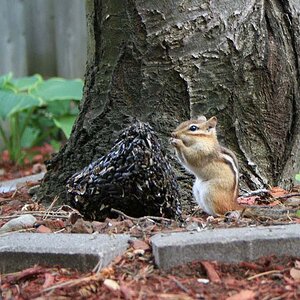 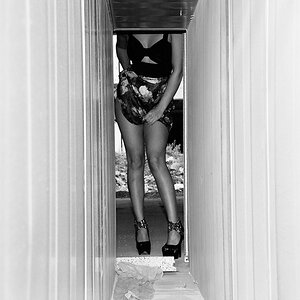 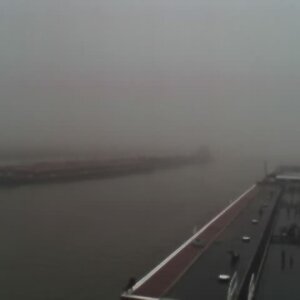 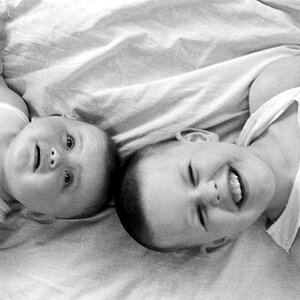 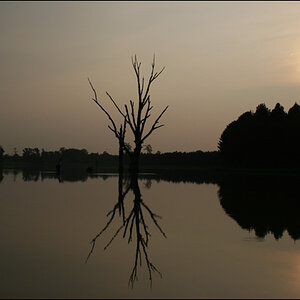 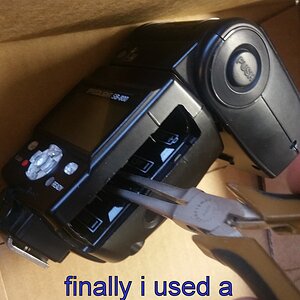