Going through an antiquing phase!

Been a member on here for months (although it's been a bit since I was last active). Anyway, my creative juices were pumping and I realized I'd never really shared anything on here. Anyways, I've been on an kick recently where I'm really enjoying the look of old exposures. Probably has something to do with looking through my father's old photo albums. Anyways, here's a few from recently: 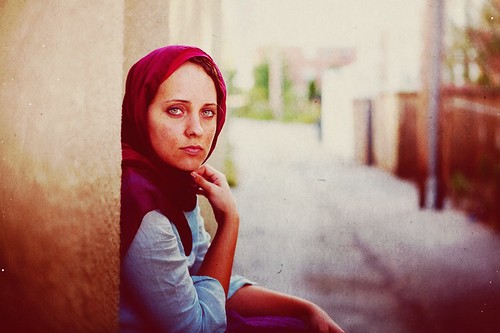 I'd love to hear your impressions. PS- forgive me if I've posted this in the wrong forum. I've never shared photos on here before!
R

I really like the look, and I think it works well on these shots. What did you do in PP? Reduce contrast/saturation? Add grain?

I'd be curious to see a brain dump on the PP process (but I can understand wanting to keep that one under your belt). #1 and #2 don't do much for me in terms of photos, though the processing is good. #3 is off the charts fantastic.

#3 reminds me of the greatest portrait ever taken: June 1985 cover of National Geographic.

I'm sure we all know which one that is.

Were you trying to emulate that photo? Like Rufus said, it's "off the charts." To me, that is one of those "12 significant photographs" that Ansel Adams talks about.

#3 is killer and that Nat. Geo. cover was for sure the best! They found that girl again and retook her photograph. Saw it on History Channel (I think) just the other day.

Just looked at your website. You are indeed inspired by that photo (whether you know it or not

Man, looking at your website, you certainly are no beginner. Very nice work. And I love the old school look of the photos, I have been trying to find ways to retro-fy some of my photos.
OP

Thanks for the compliments guys! Number 3 is my favorite too. I was most definitely influenced by the Nat. Geo. cover. My father always had the magazine on a very visible part of a shelf in our home. That kind of burned the image into my mind. When I came across the right model, I had to jump on it. For what it's worth, here's a link to the original processing from the shoot.

I really have no reservations about the technique I use for antiquing. In CS4 it goes something like this: 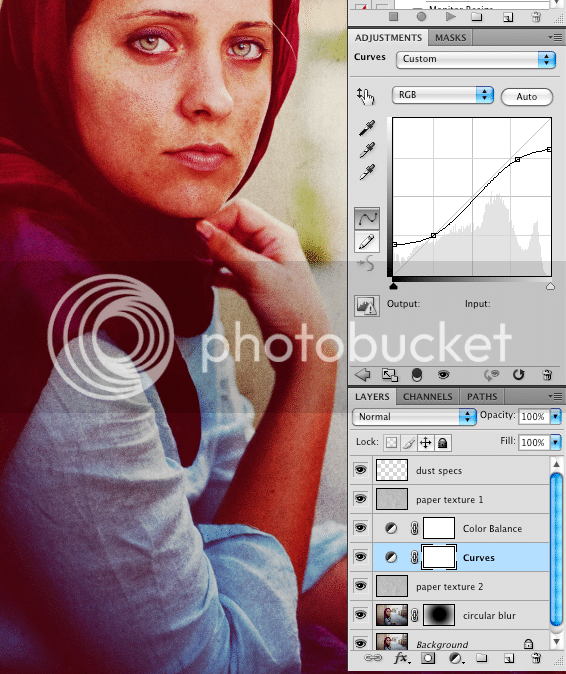 The image layer is duplicated and a slight spiral blur is applied, then a faint Gaussian blur. Then the layer is masked with a gradient so that only the edges show through. For this image I used the film grain filter on both image layers. With older versions of Photoshop doing it realistically gets tricky.

Then two adjustment layers are created. I use curves to bring the black point up some and the white point down some (my own settings are shown in the image). Then a second adjustment layer is made for color balance. For this image I tinted the shadows red and the highlights yellow leaving the mid-tones mostly untouched.

Finally, a new layer is created a dust specks are applied randomly.

So, that's pretty much my method.

You're freaking awesome! Most people don't divulge this kind of info. I'm going to give it a shot though I don't expect to come even slightly close to the beauty of that shot. Thanks for the nice photos and the advice.

Having never done PP (don't have editing software), can you save those particular settings and then apply them to other photos with one click without having to go through each individual step on each photo?
OP

You're freaking awesome! Most people don't divulge this kind of info. I'm going to give it a shot though I don't expect to come even slightly close to the beauty of that shot. Thanks for the nice photos and the advice.
Click to expand...

I'm glad I can help. I hope the technique inspires some new creativity.

can you save those particular settings and then apply them to other photos with one click without having to go through each individual step on each photo?
Click to expand...

In Photoshop a process like this one can be saved an automatically applied later. Well, most of it anyways. I've never been especially big on it because I like to fine tune my settings. When you have one very old roll of film and another very old roll of film, they won't develop out the same way. Likewise, because of differences in paper and other developing variables, no two photographs will show their age exactly the same. So, part of making the antiquing look authentic is giving each image a one of a kind look. It needs to look subtly different from all the others.

Also, saving the process gets hairy when you want to work with images of a different orientation. Not to mention it takes the fun of it!
R

thanks for sharing your process!

Fantastic job on these. #3 my favorite. I love the look of these.
You must log in or register to reply here.

a few from work and a cat.

Phase One or Leaf?
2 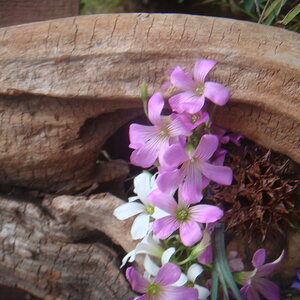 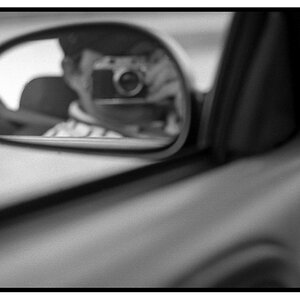 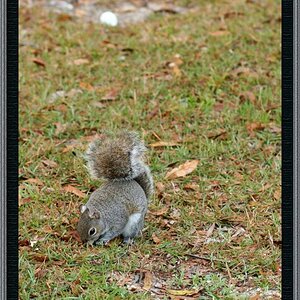 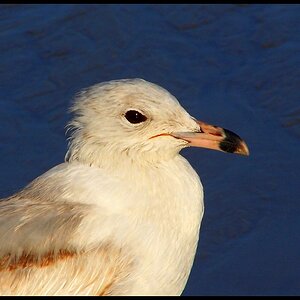 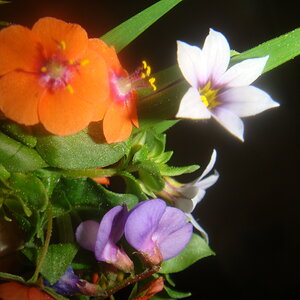 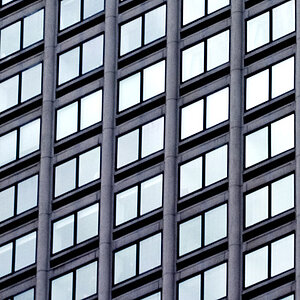 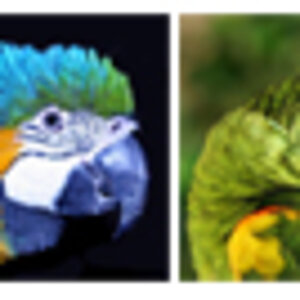 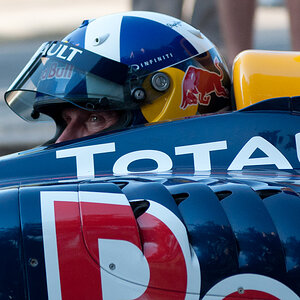 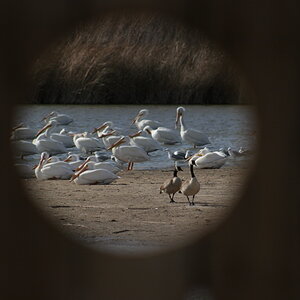